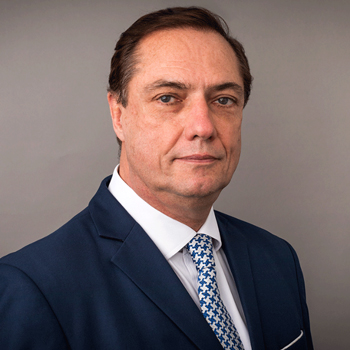 Richard Barrett is a double graduate in economics and law, holds a Masters Degree in Economics as well as being a Barrister. He co-founded and owned 50% of a global real estate company employing over 1,000 professionals with operations in Ireland, UK, Spain, Sweden, Germany, Russia and China, where it was one ofthe leading foreign developers of commercial real estate, holding > US$ 2bn of assets.

He listed companies on the London Stock Exchange, the Singapore Stock Exchange and London’s Alternative Investment Market. He set up several Investment Fund Management companies, including an RMB Fund in China.

He specialized in the funding and tax structuring of purchases and investments, with particular emphasis on the use of Ground Rents as a non-bank funded purchase device for land purchase; Public Procurement Tendering for complex operational real estate; the funding of railways (the Luas extension in Dublin, the Northern Line Tube extension in London and the Light Rail CBD in Qingdao, China); the optimal use of Letters of Credit in construction financing and serial tax based financing as well as the adept use of more conventional funding structures such as Vendor Finance.

Richard is a Senior Research Fellow of the Asian Competitiveness Institute at the Lee Kuan Yew School of Public Policy which is a constituent part of the National University of Singapore. Richard has been a member of Harvard University’s Graduate School of Design’s Advisory Board. He is a member of the Global Irish Forum and was Ernst and Young Entrepreneur of the Year in 2007.

He has lectured and given speeches to a wide variety of technical, professional and economic fora such as Trinity College Dublin, King’s Inns Dublin, Harvard University, Esade Barcelona, Hong Kong University, Fudan University Shanghai, Royal Institute of Chartered Surveyors, Royal Institute of Architects, Dublin City University, Professional Associations, UN Sustainability Conference, The Economist Conference HK and the International Bar Association as well as wider audiences on radio in the Thomas Davis Series, which later was published in book format. He authored a Chapter in the IMF Study on the “Lessons Asian Economies could learn from the 2007-2012 Financial Crisis in the West”